Demos : What Blockchain Can Do for the Music Industry

By Alexis 5 years ago
Home  /  Media  /  Demos : What Blockchain Can Do for the Music Industry 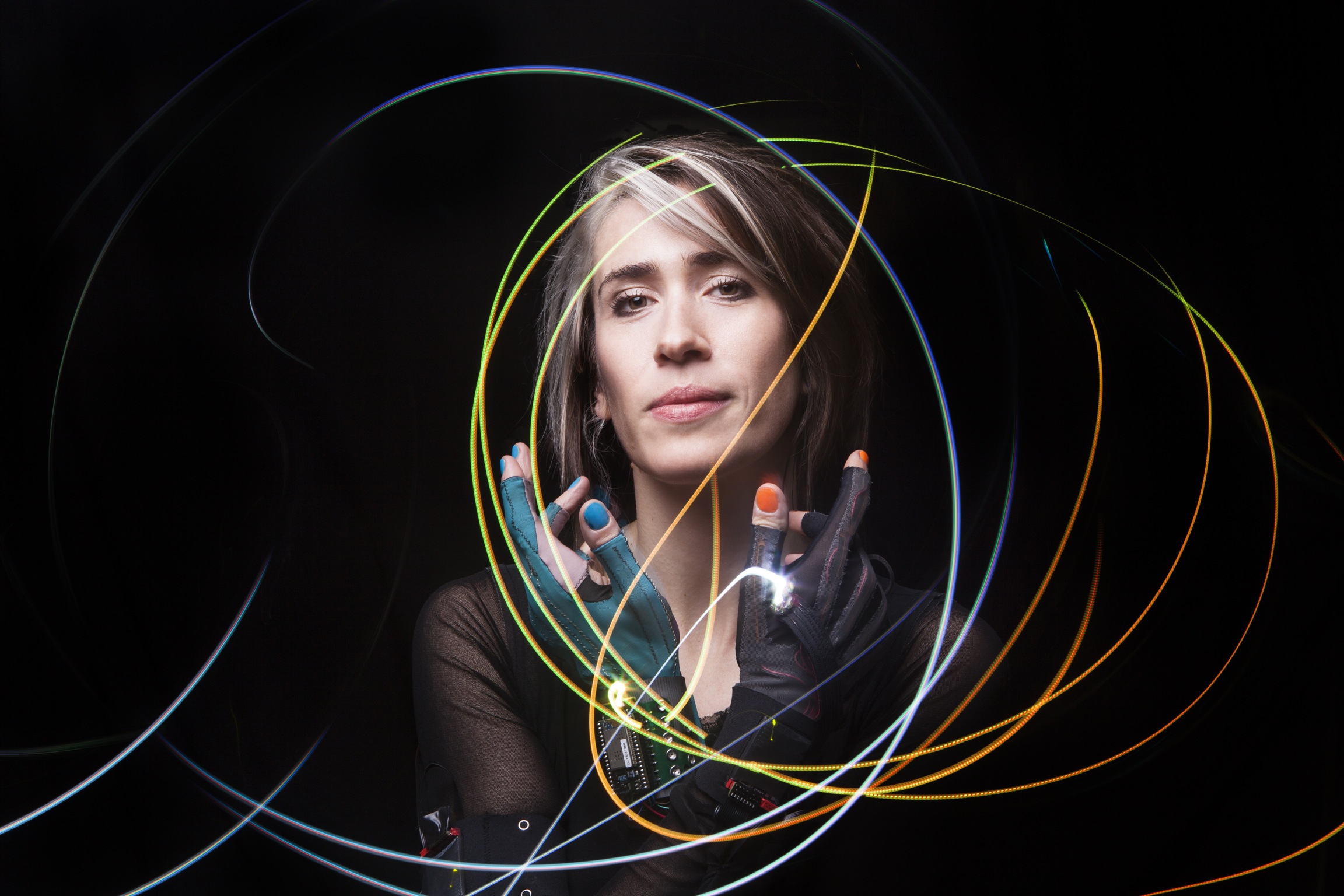 Singer-songwriter Imogen Heap discusses the increasing complexities of the music industry and how blockchain technology can help to remedy its problems.

The music industry has changed almost beyond recognition since I signed my first record deal 20 years ago at 18 years old and like many musicians, I’ve benefitted hugely from the digital revolution. My music is discovered, shared and played on countless digital services such as YouTube, Spotify and Pandora and I’ve blogged, vlogged, tweeted or boomed the creative journeys via social media, enabling me to be more and more in touch with my fans. Thanks to this, my music has reached tons more people than it ever would before digital music distribution became a thing.

But over the years, I’m not alone in feeling that our ever increasingly opaque and convoluted industry, appears to be working less in the interests of the musicians from which it feeds, as others claim new spaces in the market. Digital technology has allowed us to reach more people but in parallel we know less about what our songs get up to once they’ve left ‘home’.

What would I like to read on these postcards from our songs?

Well, how many times it was played, by who and where would be a great start. The music industry has become incredibly complex, so there’s no simple route for receiving this information, as it grew up in the days of paper accounting and many systems just haven’t caught up. This leads to errors aplenty in reporting so people aren’t always intentionally underpaying us. To explain, if you buy an album online or stream a track, you set off a long and intricate chain of events.

Our music is copyrighted, meaning to use it, a license is given and a payment is due. Both the song (music and lyrics) and the sound recording of that song, have their own copyrights and they are invariably owned by different people. Royalties are divided by these two copyright holders and negotiated by distribution or aggregator companies. Different royalties are paid for different types of use and it varies from country to country. Streaming platforms work out how many listens a song has had and then pay out a percentage of their revenue based on that. Some of these royalties are paid directly to the rights holders, while some are paid to collecting societies, who then pass the money back along the chain. By some channels, payments can literally take years and in many new cases, there are no set standards so everyone’s basically been making it up as they go along. As a result, artists rarely know the real deal when third parties sell our work, as they’re done in secret, and ‘black box’ deals happen where artists commonly don’t get anything at all.

It’s a very complicated, uneconomic, unfair, slow, obscure system, and today there’s really no excuse for it. When we look at how other industries have been transformed by tech and big data in our world of instant connectivity, it’s crazy that the music industry is so far behind. Now it’s hurting not just the creators but the labels too, which means we may actually start to see some change there too!

I released my last album Sparks, in 2014 and since then, have become a mum. The next song I wrote was Tiny Human and it’s the first song I’ve released out of record, publishing and management contract in my twenty-year professional career. So now as a free agent, I’m primed for experiments!

In the back of my mind, I’d been musing on how I’d like to attach or link all of a song’s information, its metadata, to the sound file in some way. On hundreds of occasions this would have been extremely useful on so many levels. Everything from the correct lyrics, my biography, the musicians who played on it, the brands of gear I used and the licensing info could be made available should someone want to put it in a film or use it for their school dance performance. Even the geo location of where I recorded it or gained inspiration could be included. Basically, every bit of information I could muster on a song could be made available, to help people do business with it, knowing it’s verified and without the need to ask me.

During a conversation with musician Zoe Keating this idea bubbled up again and my brilliant friend introduced me to ‘block chain’ technology. I’d heard of BitCoin but didn’t realise that block chain technology was behind it or why. My brain whirred and clunked as I then grappled with the concept of public ledgers and decentralised networks and what it could do for the music industry. Direct payments without the need for a third party to ‘trust’ a transaction will happen? This is huge as artists rely upon – and are at the mercy of – middlemen to collect our royalties. Imagine if this was automated and direct! Wow! Soon after I was introduced to the delight of smart contracts by Vinay Gupta, which I’ll go into later.

It felt like the foundations for a sustainable, useful ecosystem for music were coming into view.

I was all fired up, elated in fact! Perhaps I could be a part of the solution rather than moping about the situation, I thought. With these mutual distributed shaking up industries everywhere, it was the perfect time to jump in and see if there were other people out there, wanting to help give our music industry a seriously overdue makeover.

As it turns out there are lots of groups working on these brave new futures, but most of them haven’t been in talks with artists. I find this very odd given that we are ‘on the ground’ and know where the system fails at the source and how it is eventually failing services and fans alike.

As the beta testing, demos and slack channel invites came flying in, it is clear some of the issues our industry needs help with are being addressed but it is also clear, lots are being created.

Part of this is that increasingly we are fractured versions of ourselves online, our digital identities scattered over the internet of which we can’t really control. It’s not just an issue for musicians, but for me this means, when someone is trying to find information out about me or my songs, whether they be a journalist, a film director, a student, or someone getting married, they have no official verified place to seek their answers. They may find out of date biographies, various interpretations of a song’s meaning, misheard lyrics, old press photos, cover images and that’s about it. But what is true and official in that and what about all the information that isn’t anywhere to be found?

I wanted to get stuck in, but before I did I asked myself what was this project I was embarking on to be called? I felt like what I was looking for was akin to Mycelia, the largest organisms on the planet, systems that live beneath our feet as connected threads that pop above ground as mushrooms. I see the music and the database as the source and the mushrooms as the services that live above ground. What I yearn for is a time where artists can put up a piece of music up and know that it’s doing its absolute best for you, the minute it’s left your grasp. As in nature, that which is taxing on the system withers and dies and that which is giving back thrives.

So I released my new song as an experiment to see what people developing these new tools and services, could do with that data. Along with it, there was complete list of all the musicians and people involved in the making of the song, video, front cover, remix stems, live versions, plus the brands of instruments, inspiration, a blog, lyrics and terms and conditions. People could find this all in a dropbox folder on my website.
Services that got involved weren’t generally equipped to incorporate these elements but one of the the participants that uploaded Tiny Human was UjoMusic.com and they did something rather special.

Phil Barry specifically had been working on the system for almost a year, funded by Consensys. It runs on the Ethereum block chain and its currency is Ether. On UjoMusic, you could buy a song and also the stereo stems. When people bought the song, the smart contract attached kicked into action and sent monies almost instantly to the digital wallets of the creators involved, myself included. This is the first time in history this has happened! Very exciting! However, on the down side, Ujo couldn’t tell me where in the world my songs played and I was aware of a major downside: block chains don’t currently cater for this gold dust. But either way, imagine if in future, one place to retrieve and send back all information for songs was implemented as standard by all music services. It’d be goodbye to years long delayed payments, incomplete scattered data and countless logins… a major game changer.

The benefits of transparency and clarity need to be introduced into the music industry: block chain technology is a part of this but it is important that our music ecosystem is resilient and so putting all its eggs into one basket is not the answer.

One day, I hope a Mycelia-like music industry will exist: huge, beautiful, rich, colourful, loved, tended for, and protected; linking all music-related information ever recorded anywhere; keeping artists and fans close, enabling the artist to be the best at their job with incredible feedback loops; and connecting dots that exist in ways we can’t even imagine today.

It needs to be truly open and perhaps a combination of both decentralised and centralised, built on the work of lots of people coming together to make this accessible to everyone. There are many different people working towards realising parts of this – building databases, payment and storage systems and I’m compelled to help bring these groups together because I need it and feel music deserves better. I’m not interested in building or seeing one platform or one format that fits all, but in seeing the ethical, commercial and technical standards come to life for a fair trading and bustling creative music industry ecosystem to grow around.

Piracy is not our enemy, I don’t feel it ever was. The music industry not adopting technology or reacting fast enough and pushing forward positively is. After twenty years of thinking there’s no hope for the music industry, I think actually we are very close to the solutions. This will only happen if everyone… musicians, technologists, lawyers, policy people, services – big and small – can work together, pooling resources toward a common goal.

Imogen Heap is a Grammy-award winning recording artist, composer and producer. She is known for her work as part of the musical duo Frou Frou, as well as for her solo albums, which she writes, produces, and mixes herself.

She is an advocate of using technology to interact and collaborate with her fans. Last year she released her single “Tiny Human” on Mycelia: an experimental music distribution platform using blockchain-based technology called Ethereum alongside other open source platforms like Ujo. She tweets @imogenheap.